Former astronaut Edgar Evans is proud to say he now has 22 members of his fan club — all the neighborhood kids. They’re so cute. He loves visiting their little club and talking about his time in space.

Of course, he also enjoys having the current group of NSSA Cadets over to his place and fixing dinner for them. He makes a mess, but his wife, Sara, never complains.

The Evans family did have quite a scare recently, though. Edgar’s wife, Sara, has been spending a lot of time taking care of those exotic space plants the space agency has been studying. A woman working at the agency — Yasmin Grayson — nearly died because of those plants. It seems they’re the cause of an ailment the scientists have named boverde flu.

Sara got violently ill, and Edgar was afraid he was going to lose her. Fortunately the doctors have now developed a cure for the disease.

Edgar is very insistent that his wife steer clear of those exotic space plants in the future.

And what’s going on with Kat and Jonathan? Why aren’t they having babies? Family is far more important than career, at least in Edgar’s opinion, and Sara is inclined to agree with him. But so far, no news about any little ones on the way.

Jonathan Evans is getting concerned. He and Kat have been married for a while, and although she’s trying to get pregnant, it’s not happening.

She’s moping around, feeling awful, and spending a lot of time in bed. Jonathan hates seeing his wife so depressed. Could it be his fault? It might serve him right, you know, for cheating on Kat.

But he’s not doing that anymore. He’s ready to have a family, or at least, he thinks he is. They’ll keep trying. What else can they do?

He did give Kat a beautiful gift for their anniversary. He bought her a baby grand piano. It took all they had in savings, but it was worth it. He’s been writing music — a few modern jazz pieces for violin — so he’s making a few simoleons. He’ll have their savings built up again soon.

Kat’s been doing well with her music, too, so she’s got that to cheer her up. She’s one of the most requested performers for weddings and funerals, and while that might not seem like much to brag about, it brings in money. They’re doing all right.

But why can’t they have babies? Is something really wrong with one of them? Which one?

Kat Phillips is devastated. She’s wanting to have a baby, and it’s just not happening. She thought she might be pregnant, and then she found out she wasn’t. She feels like a complete failure as a wife.

Jonathan didn’t think he wanted a family yet, but now he’s giving it more thought. What if he and Kat can’t ever have children? That would be awful. He’s still not sure he wants to be a father right now, but if Kat really wants a baby, maybe they should try again.

Jonathan is confused. He’s been seeing Fiona Patterson, now he’s feeling guilty, and maybe he needs to re-dedicate himself to his beautiful wife.

He enjoys the time he spends with Fiona. Sometimes he wishes he hadn’t gotten married. Maybe he really loves Fiona. Maybe more than he loves Kat.

No, he does love his wife. That’s why he married her. He’s confused, Kat’s depressed, and at least they have their music to share. 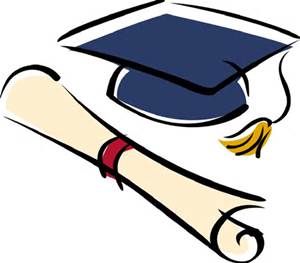 It’s the day that Jonathan and Kat have both been waiting for. They’re donning graduation caps and walking across the stage at the Academy of Performing Arts.

Jonathan is proud to have earned his Bachelor’s degree — with honors — in Violin performance. Fiona has earned her degree in Piano performance.

What’s ahead now for the young couple? Neither is quite sure. Jonathan will start sending out queries to symphony orchestras, but despite his degree, his honors, and his talent, it’s hard to get auditions. And even harder to land a chair in a major orchestra.

Katherine isn’t setting her sights so high. She’s happy being Jonathan’s wife, so she’d prefer spending her time at home, taking care of the house, cooking meals…and maybe setting up a nursery? She and Jonathan had agreed they wouldn’t start a family under after graduation day.

Well, Jonathan? Are you ready now?

Kat would love to have children, but sometimes she’s not sure how her husband really feels about it. He’s been a bit distant at times, but maybe that was just the pressure of final exams, long rehearsals, the stress of the performances he’s given, and all the worries about finding a position.

Kat hopes that there’s nothing seriously wrong in her marriage. She still harbors a few suspicions about Fiona Patterson. Now that they’re all out of school — Fiona graduated, too — there won’t be many opportunities for Jonathan and Fiona to cross paths.

Having a baby would be a great way to get Jonathan’s full attention. Kat’s hoping it will happen soon.

What do YOU think? Should Kat and Jonathan start a family now? 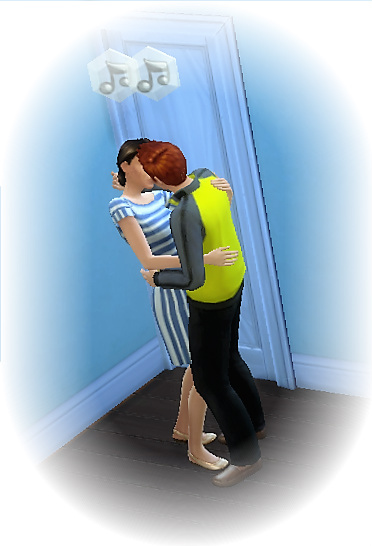 Hey, what’s going on between Jonathan Evans and Fiona Patterson?

So why were she and Jonathan slipping into the corner for a few quick hugs and kisses during a recent concert?

Maybe Jonathan’s marriage isn’t quite as happy as he’s led folks to believe…and maybe Fiona’s love for Benjamin isn’t all that true.

How long has this been going on?

Kat will be devastated if she finds out. So will Benjamin.

Can Jonathan and Fiona keep their illicit love a secret? Or will the truth come out?